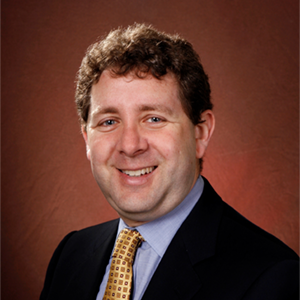 Dr. Ettenberg is currently the President and founder of Princeton Infrared Technologies, Inc. He developed InGaAs detectors for over 14 years at Sensors Unlimited, Inc. (now a subsidiary of United Technologies Aerospace Systems). He joined SUI in August of 1997 as the principal investigator on several SBIR programs. Those government programs lead to the development of several camera products for which Dr. Ettenberg was the product manager. He later became the Director of Imaging Products. Some of these products developed under his leadership include the SUI Minicamera, SUI MicroCamera, and the SU640SDV.

Martin was also the technical lead on several other larger government research programs/proposals including DARPA’s PCAR, MISI, and DUDE programs. He led the development of the first night-vision-capable InGaAs camera which was later commercialized as the SU320MX. This camera demonstrated a 20-fold improvement in detectivity compared to the prior state-of-the-art. . His DARPA work lead to his nomination in 2005 for the DARPA Significant Achievement Award. Dr. Ettenberg graduated with Masters and Ph.D. degrees from the University of Virginia Dept. of Materials Science and Engineering. He previously received his B.S. in Materials Science and Engineering from Cornell University. In 2014 he founded Princeton Infrared Technologies to build low cost high performance SWIR imagers. In just 4 years he has developed a small dedicated team who has assembled 4 commercial products. Two of those products have won awards for best new product. The company continues to grow and is now beginning to lead the world in new InGaAs product development.