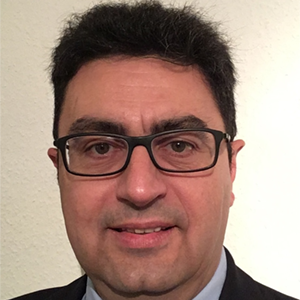 Dr. Athinodoros Klipfel is sales manager of 3D sensors at AT – Automation Technology GmbH. His career in the company began 14 years ago as a 3D application engineer developing demanding 3D inspection systems, later he became product manager of laser triangulation cameras of AT and since the last 6 years he takes care of the 3D camera sales. He has an extensive 17 year experience in Machine Vision, especially in the development of 3D laser triangulation systems and applications.

AT is a German company founded in 1998 as a systems house for industrial infrared and high-speed 3D image processing. The company develops a series of cameras and compact sensors based on 3D technology for high-speed laser triangulation optimized for OEMs and system integrators.